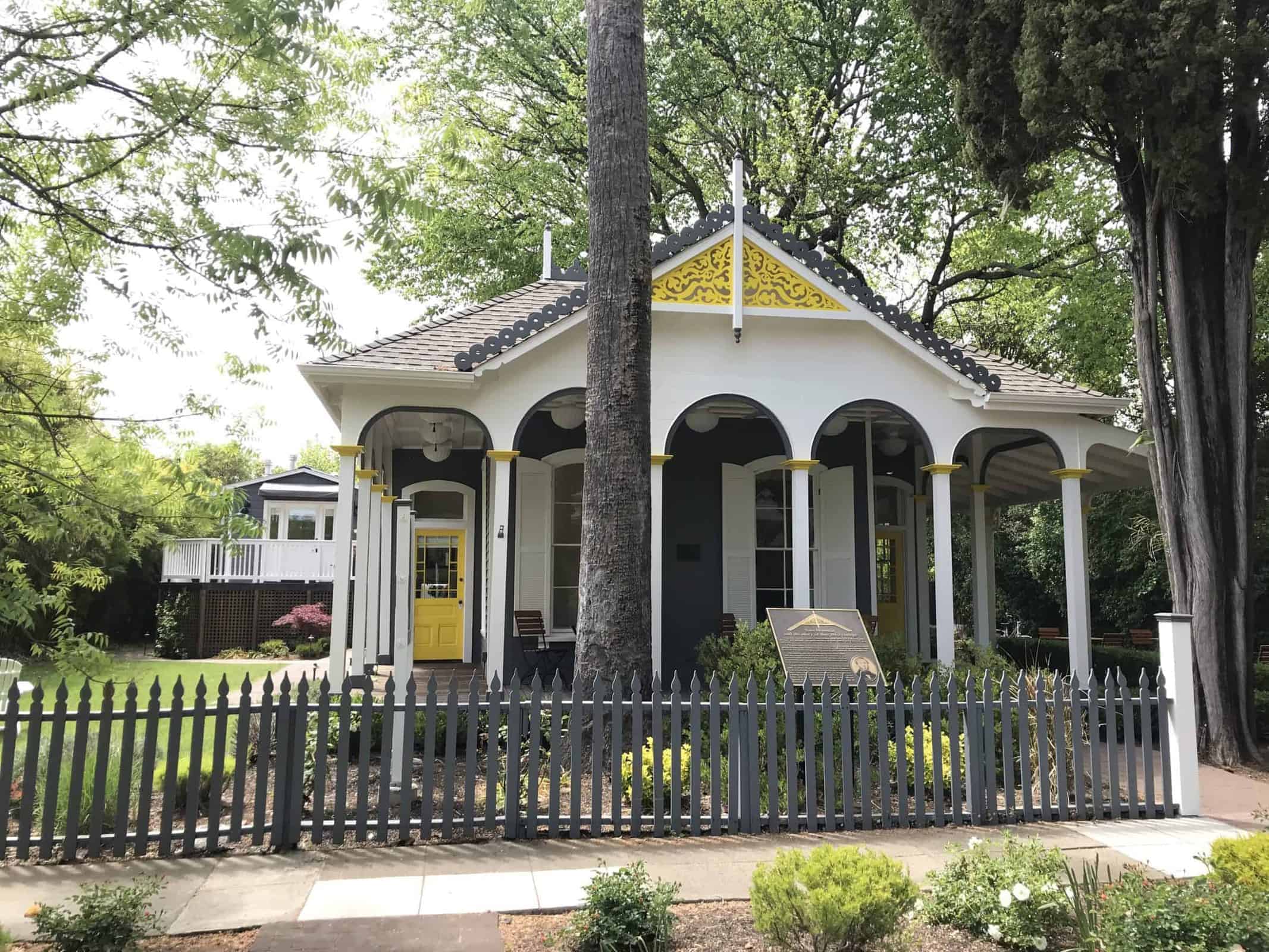 The Napa Valley was once the home of a significant population of indigenous people, those in the Calistoga area being called the Wappo during the Spanish colonial era of the late 1700’s. The Wapoo were part of the now extinct Yukian language group. The name Napa means “plenty” in Yukian. Photo: Brannan Cottage Inn, one of Sam Brannan’s original resort cottages.

In the Spanish era, the Napa Valley was controlled by the Mission San Francisco de Solano located in the what is now the city of Sonoma, California. Following Mexican Independence, mission properties were secularized and disposed of by the Mexican government with much of the Napa Valley being partitioned into ranchos in the 1830’s and 1840’s.

The first American settlers began arriving in the 1840’s, with several taking up lands in the Calistoga area. Samuel Brannan was the leader of a settlement expedition on the ship Brooklyn landing in Yerba Buena (what would become San Francisco) in 1846. He published San Francisco’s first English language newspaper, the California Star.

Sam Brannan purchased 2000 acres in 1885 to develop a spa reminiscent of Saratoga, New York. His resort (originally located where Indian Springs Resort is today) opened to California’s rich and famous in 1862. With the completion of the railroad in 1868, Calistoga became not only a destination but the transportation hub for the upper Napa Valley.

The town’s name comes from Brannan’s tipsy malapropism that he would make this the Saratoga of California, which came out as the “Calistoga of Sarafornia.”

John Waters, Jr. in collaboration with the Sharpsteen Museum has written a book that’s available online through Google Books, called Images of America: Calistoga. The first 30 pages are available as a free preview by clicking here.